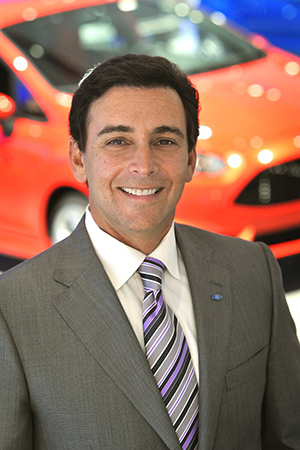 The highest bidder in an online auction benefiting Focus: HOPE — an organization that works to overcome racism, poverty, and injustice in Detroit — will score the opportunity have lunch with Mark Fields, Ford Motor Co.’s president and CEO, at the automaker’s world headquarters in Dearborn.

Valued at $50,000, the experience is just one part of a new, ongoing campaign through Charitybuzz, an online auction website that leverages donations from celebrities and corporations to benefit nonprofits around the world.

“Detroit is a city that has a lot of promise and potential, and it seems like right now is a great time to reach out to our partners, our celebrities, and other corporations to raise awareness and funds for Detroit,” says Coppy Holzman, CEO and founder of the website, which recently launched Reviving a Great American City: An Online Auction for Detroit.

In addition to reaching out to new partners, including Steve Regan at Focus: HOPE, the organization also connected with existing partners, including Detroit native and fashion designer John Varvatos, who donated a meet and greet during the Jimmy Page by Jimmy Page book signing in New York. Varvatos — who announced last week that opening of his first Midwest boutique will be in downtown Detroit — donated the experience to support the Detroit Institute of Arts.

Other opportunities up for grabs include a meeting with comedian Detroit native Lily Tomlin, also supporting the DIA, and the chance to buy signed jerseys from Cleveland Cavaliers Kyrie Irving and LeBron James, the proceeds of which will benefit the Empowerment Plan.

The experiences will close at 3 p.m. Thursday, however, Holzman says the effort is an ongoing project.

“We hope that the success that we have (this month) is a catalyst to get other iconic leaders involved,” Holzman says. “We encourage them to reach out to us if they want to donate experiences that will create additional awareness for Detroit. This is the first of what we know will be an ongoing initiative, and we’re very proud of that at Charitybuzz.”