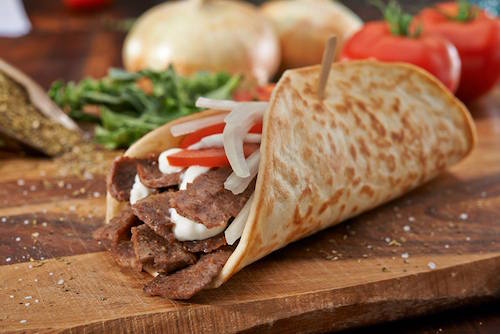 Livonia-based Olga’s Kitchen plans to expand across Michigan, with up to 10 new locations across the state, including possible sites in northern Oakland and Macomb counties, southern Wayne County, and in the Lansing and Grand Rapids markets.

In late October, the company will open a third location in Ann Arbor — on Washtenaw Avenue near U.S. 23 — along with adding a restaurant in Shelby Township by April. In turn, the company has unveiled a new logo and restaurant design, with its Monroe location being the first of its restaurants to receive the new look. A revamped website is to follow later this year.

The new design features an open kitchen and a sleek, modern look, along with offering additional parking given 35 percent of the business, on average, comes from carryout orders. The company currently operates 25 restaurants, including locations in Royal Oak, Bloomfield Township, and Livonia.

“The core of Olga’s Kitchen is strong, and we feel this brand deserves better and more,” says Mark Schostak, executive chairman of Team Schostak Family Restaurants, which acquired the company last year out of Chapter 11 bankruptcy. “This new logo, website, and restaurant design will be the inspiration for all of our marketing and advertising efforts moving forward.”

Team Schostak Family Restaurants is working with Martone Design Studio in Northville on the rebranding of Olga’s. “In the past, the management team missed some of the high-growth areas so we are looking to be in those markets,” Schostak says. Detroit native Olga Loizon, 90, founded the company in 1970 in downtown Birmingham.

Team Schostak Family Restaurants is a family-owned restaurant group with a portfolio of casual dining, quick service, and family dining restaurants throughout Michigan. For the past three decades, the group has expanded its restaurant catalog to include 66 Applebee’s restaurants, 25 Olga’s Kitchen restaurants, five MOD Pizza restaurants, and four Del Taco restaurants. It sold 60 Burger King locations in Michigan last year.