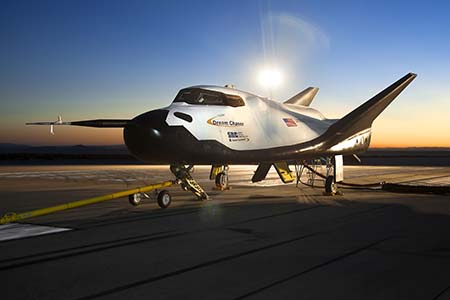 Okemos-based Sakor Technologies Inc. has supplied a test system to be used to assess the atmospheric flight control system for a private-use spacecraft under development for future low-Earth orbits. The spacecraft, called Dream Chaser, can land on commercial airport runways, and is launched vertically via an Atlas V rocket.

“We are confident that the system will push the design envelope to ensure the atmospheric control system can handle anything it may have thrown at it,” says Randal Beattie, president of Sakor. “(This project) is so critical to our nation’s next-generation space capabilities.”

The Southwest Research Institute was contracted by Sierra Nevada Corp. to design and build the atmospheric flight control system. Beattie says the institute selected Sakor to build a test procedure to exercise the spacecraft’s new control system and simulate flights. The system tests overall design performance as well as the response to physical forces.

An initial orbit test flight for the Dream Chaser is planned for 2016. The reusable composite spacecraft can carry two to seven people along with cargo in low orbit or to the International Space Station. The launch

Sakor Technologies is a manufacturer and developer of automated test instrumentation systems for a range of applications. â€‹