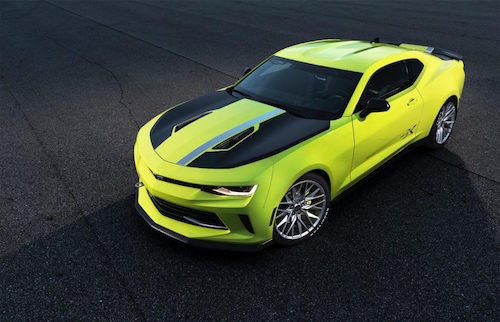 Fiat Chrysler Automobiles US today reported U.S. October sales of 176,609 units, a 10 percent decrease compared with sales in October 2015, while General Motors Co. sold 208,290 vehicles in October in the U.S., up 3 percent from last year.

Due to a fire at Ford Motor Co.’s World Headquarters in Dearborn on Monday, the company’s U.S. October sales will be released later this week. The company expects to announce its sale results with a news release and an 8-K filing once full reporting becomes available.

The company’s Ram Truck brand sales were up 12 percent in October as the Ram pickup truck posted a 7 percent gain and sales of the Ram ProMaster van increased 92 percent. Two Jeep brand models — the Jeep Grand Cherokee and Jeep Patriot — turned in year-over-year gains for the month with sales of the Grand Cherokee increasing 9 percent. Sales of the Dodge Journey full-size crossover and the Fiat 500 were up year-over-year in October as well, with the Journey recording a 17 percent sales gain.

Despite the Dodge Journey full-size crossover seeing a 17 percent year-over-year sales gain for the month, Dodge brand sales were down 16 percent in October compared with the same month a year ago.

Based on initial estimates, officials with GM say the company outperformed the entire U.S. retail industry by a wide margin in October. Led by Chevrolet and Buick, GM’s retail market share rose 1.6 percentage points in October to 18.1 percent, the largest retail market share gain of any manufacturer.

GM’s total U.S. sales in October were 258,626 vehicles, down less than 2 percent from last year. In addition, GM’s daily rental sales were down approximately 8,000 vehicles or about 19 percent in October compared to last year, as planned.

“We gained profitable retail share in October while spending less than the industry average on incentives and commanding the industry’s best average transaction prices for any full-line automaker,” says Kurt McNeil, vice president of U.S. sales operations for GM.

Through the first ten months of the year, GM retail sales are up 1 percent, compared to last year. To date, Chevrolet retail sales are up more than 2 percent and the brand’s retail share has grown 0.5 percentage points to 11.2 percent. Year to date, Buick retail deliveries have grown nearly 4 percent and Buick has gained 0.1 percentage points of retail share.

Meanwhile, the fire at an electrical substation interrupted power to Ford’s World Headquarters and the adjacent Ford Credit office buildings, as well as to one of the company’s main data centers that its dealers use to report and track sales. While battery backups worked as intended to protect data saved in the system, the lack of full power resulted in the data center being shut down for most of Monday’s business day, and dealers were unable to report final-day sales.

“This concept pushes Camaro in a new direction, integrating new performance parts that make the most of the turbocharged Camaro’s lightweight dynamics,” says Jim Campbell, vice president of Performance Vehicles and Motorsports for GM U.S.

The interior of the vehicle consists of black, leather-trim, a suede-wrapped flat-bottom steering wheel, and shift knob and boot, and a carbon-fiber instrument panel insert.

The concept features the Chevrolet Performance suspension lowering kit, which includes stiffer springs and specifically tuned dampers and lowers the ride height up to 0.75 inch. It is matched with a concept plus performance handling kit including larger stabilizer bars and stiffer suspension links.

A concept cold-air intake system is fitted to the 2.0L turbo engine. The turbocharger generates up to 20 pounds of boost and company officials say its twin-scroll design helps make the most of the usable power from the engine.

When it’s time to change gears, the concept’s six-speed manual transmission features a concept short-throw shifter to make quicker work of it, and a Chevrolet Performance exhaust system with a polished 4-inch outlet reduces backpressure by 14 percent.