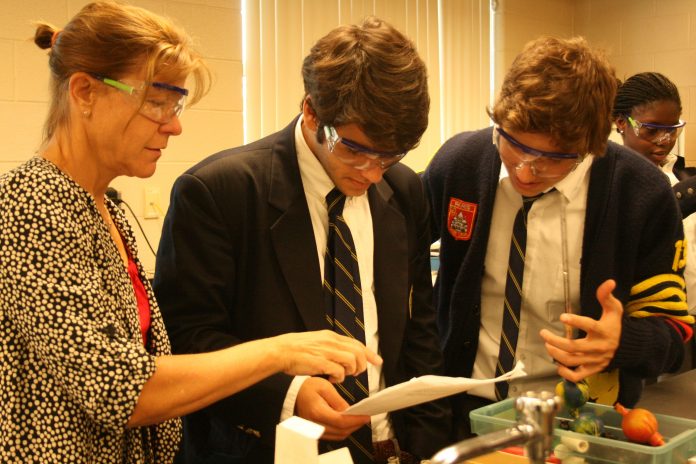 Bloomfield Hills-based OChemPrep has released a mobile app that teaches students about cyclohexane — a complex concept that is taught at the very beginning of organic chemistry in college — by way of a new digital game.

Called Chairs, the mobile app makes a seemingly esoteric idea a bit more tangible through a visual pattern game that creates a clear visual representation. And it seems to be effective.

Winter, a chemistry teacher at Detroit Country Day Upper School in Beverly Hills, tested the app with one of her organic chemistry classes. Of those who played the game before taking a four-question quiz, 60 percent achieved a perfect score. In contrast, of those who did not play Chairs beforehand, fewer than 30 percent answered all four questions correctly.

Following the first quiz, Winter instructed all of her students to play the game before taking a different quiz at the end of class. More than 90 percent of students improved their initial scores, she says.

“Finding the right balance with the game was very important,” says Winter, who will speak about the game at the South by Southwest EDU conference in Austin, Texas in March. “We wanted to make a game that teaches a concept but does not feel like homework.”

Winter first launched OChemPrep last year in an effort to develop a suite of mobile apps that teach organic chemistry through game-play.