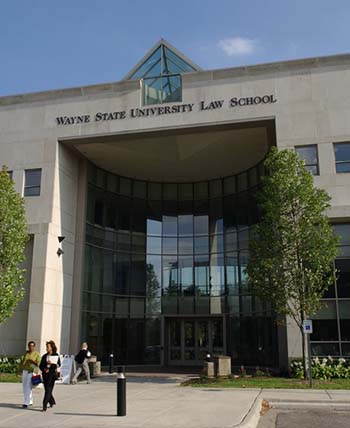 Starting next fall, Oakland University students can earn a bachelor’s degree along with a law degree from Wayne State University Law School in six rather than seven years through a new partnership announced today by the two universities.

“Being able to complete their undergraduate and legal education in a shorter timeframe will allow these students to get a jumpstart on their careers and begin making a difference as legal professionals even sooner,” says Jocelyn Benson, dean of the Wayne State Law School.

Under the agreement, Oakland University students will transfer 30 credits from law school courses back to Oakland to meet bachelor’s degree requirements, completing both degrees in six years instead of the typical seven.

To apply, Oakland students must have completed a minimum of 75 credits in an approved undergraduate degree. The bachelor’s of integrative studies is currently the only degree approved for the program, although Oakland University officials expect the list of acceptable majors to expand as the program moves forward.

“Our students who are aspiring lawyers will be able to pursue their dreams more quickly,” says James Lentini, senior vice president for academic affairs and provost at Oakland. “We also recognize that saving a year of college tuition will reduce the financial burden for these students.”

Lentini says students who have completed their Oakland requirements must apply by June 1 to begin taking classes at Wayne Law in fall 2016.