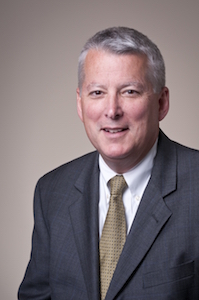 DeVore succeeds Mark Schlussel as board chair, and Tull succeeds DeVore as vice chair. Schlussel is a partner of the Birmingham law firm, Schlussel and Schefman.

“I care deeply about this university, and it is an honor for me to be selected as the next chair,” DeVore says.

DeVore, appointed to the university’s board of trustees in July 2013, is the regional president of Detroit and Southeast Michigan at PNC Financial Services Group in Troy. He also chairs the local PNC Foundation.

Prior to his current role at PNC, DeVore was the credit executive for commercial lending for PNC Bank.

Tull (left), chairman and founder of Crestmark Bank, was appointed to the university’s board of trustees in August 2014. 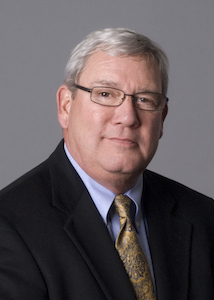 “It is an exciting time to be at Oakland, and I look forward to the coming year and all the opportunities it will bring,” he says.

The eight-member board of trustees governs Oakland University. The board provides general supervision of the university, including control and direction of all expenditures from the institution’s funds, and also appoints the university president.