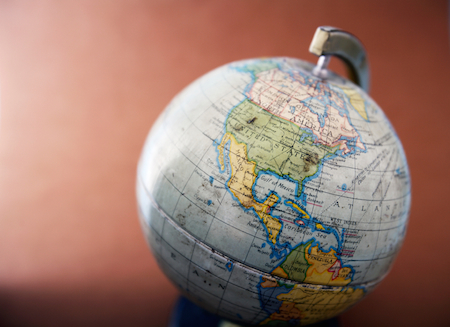 Patterson says the county’s business development team will expand its global search for companies looking to locate in the county, with upcoming trips planned to Canada, China, France, Germany, Japan, and Taiwan

Likewise, Deputy County Executive Matthew Gibb will join Gov. Rick Snyder on a trade mission to China in August. The team will also be attending the 2015 SelectUSA Investment Summit, which is expected to attract representatives of more than 40 countries.

“We are focusing on companies who have expressed a desire to locate in the United States — automotive, tech, and medical device companies,” says Irene Spanos, who directs the county’s Department of Economic Development and Community Affairs. “Michigan is at the western end of the Eastern Time Zone, which makes it attractive to many businesses. It’s our job to sell them on our many assets and Oakland County’s strategic location.”

Among the county’s most significant international deals last year was the North American subsidiary of Shanghai Changhui Industry Development Co., H.A. Automotive Systems, which plans to establish its headquarters, manufacturing plant, and research and development facility in Troy. The project will generate a total capital investment of $28.8 million and create 368 jobs.

Hirotec America Inc, a subsidiary of Hiroshima, Japan-based Hirotec Corp., expects to expand in Auburn Hills, where it will invest up to $26 million and create 140 new jobs.

Likewise, Hirata Corp. of America, a subsidiary of Hirata Corp. in Japan will expand its Wixom operations into a larger facility in Lyon Township, investing up to $2 million and creating 39 jobs.

AdduXi Group, a French precision molder, chose Rochester Hills as the site for its first U.S. factory.  The company plans to invest $5 million to $6 million and create 40 jobs in the next two years.