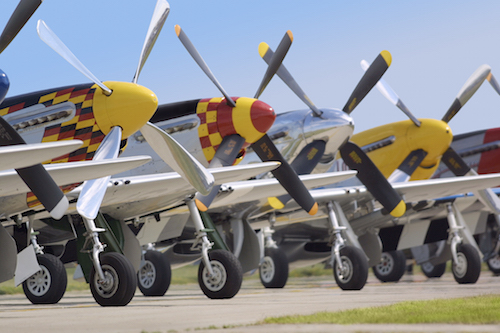 The Waterford Township-based Oakland County International Airport’s Open House and Air Show, to be held Sunday, Aug. 28, is expanding to include more aerial acts this year.

In addition, the event, located at 6500 Highland Rd., will allow two to four passengers at a time to take open cockpit airplane rides in a vintage aircraft from Waldo Wright’s Flying Service. The flights last 10 minutes and cost $75 per passenger.

“Families come to tour the planes on the ground, but they stay for the excitement of the air show,” says Oakland County Executive L. Brooks Patterson. “The airport open house committee decided this year that it was time to give the fans more of what they love.”

Fifty aircraft will be displayed at the open house including Tuskegee Motor Gliders, warbirds, and vintage jets. World War II military vehicles will also be on display alongside the Oakland County Sherriff’s helicopter and Beaumont One, Beaumont Health’s air medical transportation service.

A children’s play area, pancake breakfast, and tours of the general aviation terminal will also be available.

“Whether you’re an aviation buff or just a kid deep down inside, the Open House and Air Show has something for everyone,” says J. David VanderVeen, Oakland County’s director of central services, who oversees the airport.