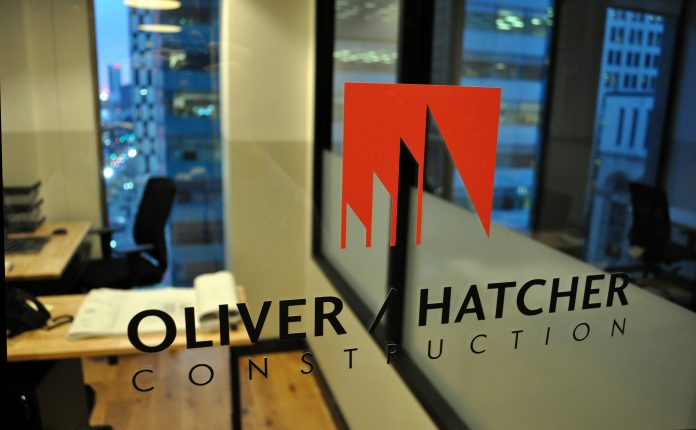 Oliver/Hatcher Construction in Novi, which has built projects for Amazon, Ernst & Young, and Miller Canfield, today announced the opening of a new office in downtown Detroit in the 1001 Woodward Building at Woodward and Michigan avenues.

“We’ve been actively involved in the resurgence of Detroit, but as more and more businesses move downtown, the demand for office redesign and renovation has continued to grow,” says Mike Sabrosky, business developer at Oliver/Hatcher. “We have a lot to contribute and want to get even more involved.”

The new office is a shared workspace in the Campus Martius / WeWork building. “We love the location and the idea of being able to collaborate with other companies, sharing ideas as well as the space,” says Dan O’Donnell, senior project manager at Oliver/Hatcher. “It’s a great way to get to know the engineering and architectural communities, and the Detroit community as a whole, which is very important to us.”

Oliver/Hatcher is known for their ground up construction, but also has an interior division that collaborates with area architects and interior designers. The company says it will focus its work on office spaces with open floor plans, collaborative environments, high-end kitchens, and gathering areas.

“We’re invested in Detroit, and believe the iconic buildings located here deserve to look as good on the inside as they’ve been renovated to look on the outside,” says Sabrosky.