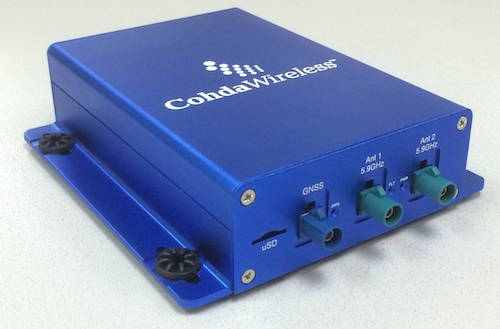 Cohda Wireless, a vehicle communication technology company in Novi, is supplying equipment to a team of 23 students that are participating in an 80-day, around-the-world motorbike tour.

For the STORM Eindhoven tour, the students, who attend Eindhoven University of Technology in the Netherlands, are covering more than 16,000 miles on student-built electric motorbikes that contain Cohda MK5 On-board Units.

Throughout the project, Cohda will monitor the motorbike units, which enable V2X (vehicle-to-vehicle and vehicle-to-infrastructure communications), to demonstrate how the systems can improve safety and traffic efficiency in cities where its infrastructure is installed.

“Cohda’s MK5 On-Board Units allow real-time communication to ensure the motorbikes perform according to design and meet this demanding schedule,” says Bernd Luebben, vice president of business development for Cohda. “We also plan to support V2X demonstrations in cities such as Shanghai, where we have V2X units installed.”

The tour began in the southern Netherlands city of Eindhoven on Aug. 14, starting a route that circumnavigates the northern hemisphere, leaving Europe via Central Asia and then crossing North America before returning to Eindhoven on Nov. 2.

Each electric motorbike has a top speed of nearly 100 miles an hour and can travel 230 miles before requiring a recharge. The student-designed batteries can be replaced by a fully charged battery pack within seven minutes.

Each day, the students will re-charge batteries from the local power grid at companies, universities, or homes en route.