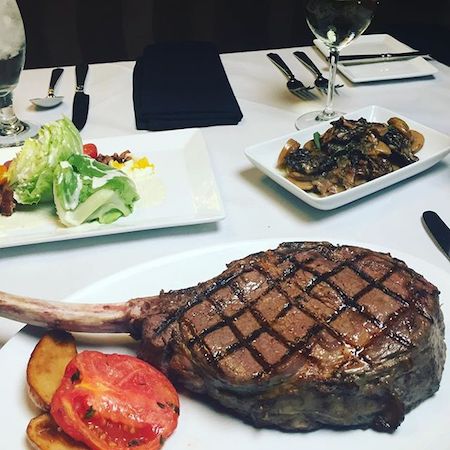 To celebrate its 20th anniversary, the Novi Chophouse in Novi is expanding its menu by offering 20 different chop and steak selections, including an elk chop and a 21-day, dry-aged Manhattan bone-in strip steak. Typically, a chophouse offers between eight to 10 steak and chop selections.

The expanded menu debuts on Oct. 2, and coincides with a renovated dining room that includes refurbished booths, new furnishings, and updated lighting. Improvements also were made to a 40-seat private dining room, while the restaurant’s location at the Novi Oaks Hotel coincided with improvements at the lodge and its 300-seat Grand Ballroom.

“We decided to challenge the status quo by providing an experience of what a nationally acclaimed chophouse should be,” says Eric Djordjevic, president of The Epicurean Group in Detroit, which owns the Novi Chophouse (formerly No. VI Chophouse). The company also owns the Plaza Deli and Nomad Grill in Southfield, Soul Café in West Bloomfield Township, and operates Epicurean Catering and Events.

“We kept the ‘standard chophouse six’ cuts that guests can experience almost anywhere, and then just played with the menu,” says Corporate Executive Chef Kevin Green. “In retrospect, while proofing the menu, I realized this was bigger than all of us and certainly a way to solidify metro Detroit as a major food contender.”

The menu is rounded out with soups, salads, sides, toppers, and several additional composed entrees, including seafood and vegetarian options. The anniversary menu is complemented by a wine list from around the world that spans nearly 400 offerings. The expanded menu will be kept indefinitely, Djordjevic says.