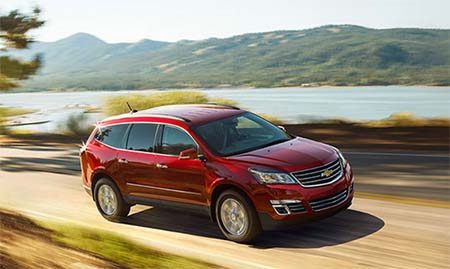 FCA reported a 3 percent increase in sales (175,974 units) in November compared with the same month last year, the automaker’s best November in 15 years.

“Despite having two less selling days this November, FCA US still recorded its best November sales since 2000 and our 68th-consecutive month of year-over-year sales increases,” says Reid Bigland, head of U.S. sales for FCA US. “The favorable IOU environment of low interest rates, oil prices, and unemployment, coupled with our strongest product line up ever, continues to be a significant driver of FCA sales.”

Bigland says the Jeep brand posted a 20 percent increase in sales in November compared year over year, the largest sales gain of any FCA brand. The Jeep Cherokee, Compass, Patriot, and Wrangler each recorded their best November sales ever.

The Fiat brand saw a 3 percent decrease in November sales compared year over year, and the Chrysler brand also posted a decrease of 12 percent compared to November 2014.

“We saw strong customer demand for our cars and SUVs with the latest technology and sold a very rich mix in November,” says Mark LaNeve, vice president of U.S. marketing, sales, and service at Ford. “F-Series and commercial vans also were very strong, with an 18 percent gain for the month and our best November sales performance for Ford Trucks in eight years.”

The all-new Edge saw a 6 percent increase in sales, while Explorer sales increased 1 percent compared year over year, its best November since 2004.

The Lincoln brand saw sales decrease by nearly 2.5 percent compared year over year, with the Navigator and the MKC posting the largest decreases in sales.

“The phenomenal growth of crossovers in a record-setting market is the biggest sales story of 2015,” says Kurt McNeil, U.S. vice president of sales operations at GM. “Buick was one of the pioneers of the fast-growing small crossover segment with the Encore. Chevrolet’s crossover sales growth is far outpacing the rest of the industry, thanks to the Trax, Equinox and Traverse. And the GMC Terrain is on track to have its best year ever.”

He says sales of the GMC Yukon and Yukon XL were up 23 percent and 30 percent, respectively, compared year over year, while the GMC Terrain saw sales increase 16 percent in November, its best November ever.