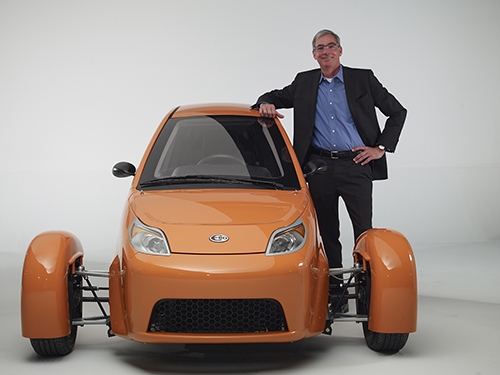 Elio Motors, which operates a technical center in Troy, has teamed up with IAV Group in Northville to build an engine to power the Elio, a $6,800 commuter vehicle that has an anticipated fuel rating of 84 mpg.

The company believes it is the first start-up vehicle manufacturer to develop its own internal combustion engine since Nash Motors in 1951, say Elio Motors officials. Nash operated from 1916 to 1954, when it merged with Hudson Motor Car Co. to form American Motors Corp.

“When you are on a monumental journey such as the launch of a new transportation company, sometimes you have to blaze your own trail,” says Paul Elio, founder and CEO of Elio Motors. “We looked at existing engines and couldn’t find anything that met our needs. We challenged IAV to develop something from the ground up and they delivered.”

Elio Motors will debut the resulting 0.9 liter, 3-cylinder engine prototype with an official “first start” at a private event next month in Plymouth.

“Ultimately, the decision to build an engine that was completely ours will pay off by meeting and exceeding our customers’ expectations for fuel efficiency and performance,” says Elio, noting the vehicle will go from 0-60 in 9.6 seconds and will have a top speed of more than 100 miles per hour. “In addition to a vehicle that is fuel efficient and has a unique look, our customers will find it fun to drive as well.”

Elio Motors sees multiple markets for its vehicle, including consumers who need the occasional functionality of a pick-up truck, a sport utility vehicle, or a minivan, but are looking for an affordable, fuel efficient vehicle for their solo driving. Thus far, nearly 40,000 people have made reservations to buy an Elio once it hits the market.