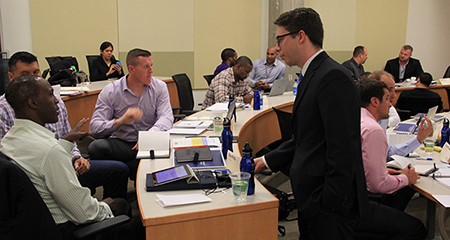 The Ross School of Business at the University of Michigan will host more than 20 current and former National Football League players, including Drew Brees of the Saints and Devin Hester of the Falcons, in a four-day franchising camp starting Saturday to learn about transitioning from professional football to another career upon retirement.

“Offering this Boot Camp and putting our players and their significant others in front of some the most successful people in our NFL family and in the corporate world will hopefully provide them the inspiration needed to achieve their dreams away from the football field,” says Charles Way, vice president of NFL player engagement.

Participants will hear from franchisees, franchise owners, professors, and former players, as well as executives at the International Franchise Association. Some players will also attend a Women’s Engagement Initiative with their significant others to learn more about professional development and the career transition process.

The program will be led by Ross School of business economics professor Francine LaFontaine, the co-author of The Economics of Franchising, along with three other Ross professors.

The workshop takes place through Monday.