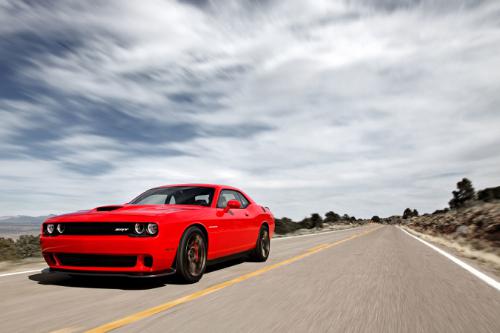 The Dodge Challenger SRT Hellcat features a Hellcat supercharged 6.2-liter HEMI V-8 that generates 600-plus horsepower — the highest of any V-8 engine in Chrysler Group’s history.

“The new 2015 Dodge Challenger SRT Hellcat is the ultimate performance muscle car,” says Tim Kuniskis, president and CEO of Dodge Brand at Chrysler Group. “Dodge is the mainstream performance brand, and now combined with SRT, we are able to unleash a true GT car with an all-new driver-focused interior and the TorqueFlite eight-speed transmission combined with the most powerful V-8 Chrysler has ever produced.”

The 2015 Dodge Challenger SRT coupes will be built at the Brampton Assembly plant in Ontario, with production scheduled to begin in the third quarter of this year.