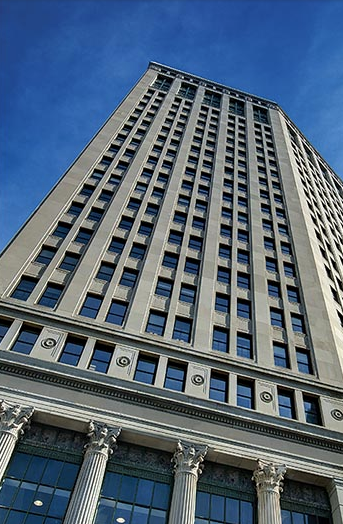 A New York-based residential real estate development company, Duckett Management Inc., has opened an office in the First National Building in downtown Detroit. The company has also begun its first development project in the city, renovating an apartment building in Midtown.

“We were attracted to Detroit because we want to be part of the rebuilding effort that started several years ago,” says Brandon Duckett, founder of the real estate development company. “We have watched the recent transformation catapult Detroit into a must-see part of the country and an outstanding place to do business.”

The office in the 25-story First National Building, located at 660 Woodward Ave., is Duckett’s first location in the Midwest.

Duckett is currently renovating the historic H.R. Finn Apartments at 678 Selden St. for $3.7 million. The vacant, 22,000 square foot building, which opened in 1922, will include 28 studio and one-bedroom apartments and two commercial office spaces. The project is expected to be completed by the end of the year.

He says he plans to develop more apartment complexes across the city. Duckett, who is also the CEO of his own accounting firm, founded the management company in 2008.