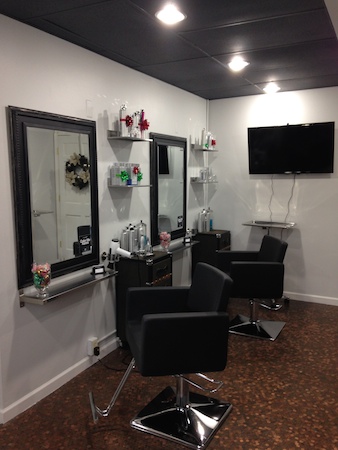 A new beauty studio in downtown Rochester offers all of the salon standards — hair cuts, smoothing treatments, eyebrow shaping, and airbrush and traditional makeup applications — but offers one major feature: No men are allowed on-site.

“I have quite a few clients who are in the Jewish and Islamic religions, where they can’t get their hair cut around men,” says Lena Shkreli, who opened Lena Shkreli & Co. in late November. “At the last place I worked, they would have to wait until after the salon closed and the male stylists had left, or we’d close down the restroom while we did it in there.”

While there are salons in other cities that may offer a private room for female clients who have such religious and/or cultural restrictions, Shkreli opted to devote her entire space to the cause.

“It’s a small, intimate space, and we offer one-on-one (treatments), so you don’t have to worry about other people getting their hair done by the same stylist at the same time,” says Shkreli, who grew up in Rochester. “Your appointment is strictly your appointment.”

The salon, at 332 East St., counts brides among its key clientele base, says Shkreli. “(Hair and makeup) trials are done at the studio, but most bridal parties are done on location. We’ll go anywhere in the state of Michigan.”

For now, Shkreli’s studio is home to three stylists, although she anticipates expanding and moving into a larger Rochester-based location within the next few years.