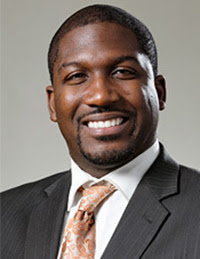 Miller succeeds George W. Jackson, Jr., who has served as DEGC’s CEO and president since 2002. Jackson is leaving DEGC to form a Detroit-based private consulting and development firm. He will serve as member emeritus of DEGC’s board of directors and executive committee.

“DEGC has earned a reputation for innovation in economic development and project management, and we are confident that Miller’s experience and expertise will build on the positive momentum in Detroit and the region and accelerate that progress going forward,” says Rod Gillum, chairman of DEGC’s board.

Before launching NOLABA in 2011, Miller led economic development initiatives in Baton Rouge, Phoenix, and Glendale, Ariz. He also has experience in private industry as a consultant to governments involved in large-scale infrastructure projects.

“Detroit has iconic status among cities around the world, based on its long history as a center for business and culture,” Miller says. “It offers a unique value proposition to the businesses that invest here, and my goal is to leverage its assets and work with its people and the city administration to create more jobs and spur more investments that will make an even better Detroit.”