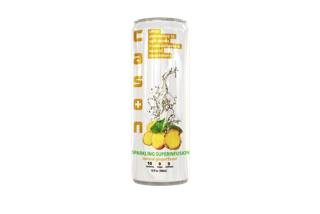 A new line of healthy beverages has been launched by SPA Ventures in Detroit. Called Cason Superinfused Beverages, the drinks are made using natural flavors and sweeteners, contain no caffeine or sugar, and are gluten-free and soy-free.

In development for more than two years, the carbonated beverages have an average price of $2.29 per 12-ounce can. Available in two flavors — natural lemon lime and natural ginger — the beverages contain antioxidants, electrolytes, and extracts such as milk thistle, ginger root, ginger tea, prickly pear, dandelion root, and potassium.

Two more flavors — blood orange and wild berry pomegranate — will be introduced in February. The goal of the company is to be a category leader in the naturally sweetened healthy alternative beverage market.

“I started to develop the beverages after noticing my family and friends were pushing away from sugary drinks,” says Cason Thorsby, founder and CEO of SPA Ventures. “They largely wanted taste and bubbles, but not all the sugar. In five years, I see Cason as an established brand in national and international markets.”

Available at 120 locations in Michigan, including the Upper Peninsula, area outlets that carry Cason include Holiday Market in Royal Oak, 7 Greens in Detroit and Birmingham, 220 Merrill Restaurant in Birmingham, Merchant’s Warehouse in Dearborn, the Doubletree Suites Fort Shelby Hotel in Detroit, and soon, the cafeteria at Quicken Loans Inc. in downtown Detroit.

“We’re getting a lot of traction from our ‘Clean Cocktails by Cason’ program,” Thorsby says. “People are looking for a healthy sparkling water to go with their drinks, so we’ve been working with bartenders in the region on using our product at bars, restaurants, and cocktail bars.”

With one full-time employee and two part-time employees, Thorsby plans to hire two more full-time workers in the spring. Distributors include Imperial Beverage in Kalamazoo, Picasso Restaurant Group in Ann Arbor, and Verii in Troy, which operates numerous nano-markets within office buildings.