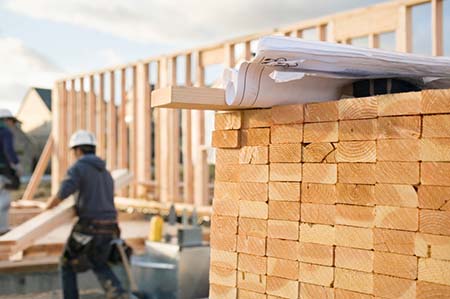 Nearly 380 single-family housing permits were issued in Wayne, Oakland, Macomb, and St. Clair counties in April, down slightly from 455 in April 2014, however, the Home Builder’s Association of Southeastern Michigan is predicting an uptick in home construction in the next six months.

“What was exciting is that things are finally starting to pick up this year and the weather in April was a little bit better than normal so that really contributed to the permits increasing,” says Michael Stokopf, CEO of the association.

Stokopf says Macomb Township and Lyon Township saw the most home permits issued in April when compared with other counties in the region. Novi, Canton Township, and Troy rounded out the list of the top five counties.

“(It was surprising) that Troy moved up in the top five,” Stokopf says. “Last year, Orion Township was in that position. Troy has a lot less developable land (but) a lot more infill.”

Stokopf says he expects a strong summer construction season for single-family housing permits with about 2,600 permits anticipated to be issued in the next six months.

“For May and June, we expect permits on a monthly basis to increase to about the 500 per month level,” Stokopf says. “Typically in July there’s a fall off, and then there’s an increase again in August and September.”

“Detroit and Southeastern Michigan was becoming one of the hotbeds within the country for investing in new apartment real estate and those trends have definitely come to fruition.” Stokopf says.