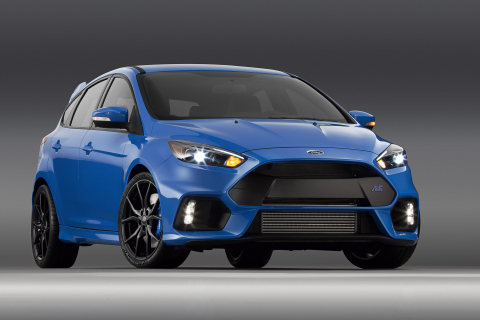 Dearborn-based Ford Motor Co. will unveil its new Ford Focus RS at the New York International Auto Show in April, which has features such as all-wheel drive and selectable drive modes. This is the first time the Focus RS will debut in the United States.

“This all-wheel-drive system is a breakthrough technology — capable of delivering supreme cornering and handling at the limit,” says Dave Pericak, director of Global Ford Performance.

Sales in North America will begin in spring 2016. The car will be manufactured in Germany starting later this year.

The car is known for its handling capability and traction. Up to 100 percent of available torque can be sent to each rear wheel, which has an impact on handling and cornering stability. The driver will also be able to select from four different drive modes — normal, sport, track, and a special drift mode.

The car is projected to deliver 315 horsepower and has a 2.3 liter EcoBoost engine.

The car’s exterior is aerodynamic for a balanced performance and high-speed handling. The interior has partial-leather seats, and the RS blue color is highlighted throughout the interior.