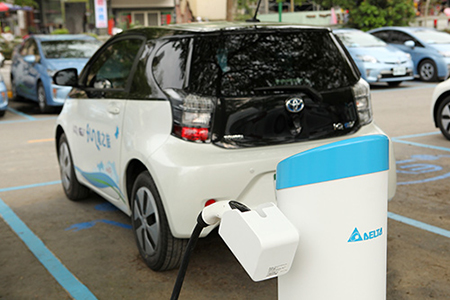 Patrons at the MGM Grand Detroit, along with DTE Energy employees, now have access to more than 20 energy-efficient charging stations in the casino’s parking garage, adjacent to the utility’s headquarters in downtown Detroit.

The charging stations — developed by Fremont, Calif.-based Delta Products Corp. through a $1.9-million grant from the U.S. Department of Energy and unveiled Wednesday — are expected to reduce infrastructure costs by 50 percent when compared to today’s technologies.

As part of the project, DTE will monitor the performance of the charging stations over the next year and will deliver a report to both Delta as well as the U.S. Department of Energy.

“By the end of 2015, we hope to show how clusters of charging stations such as the one in this project, can be reliable adjuncts to the electric grid,” says Vince Dow, DTE Energy’s vice president of distribution engineering.