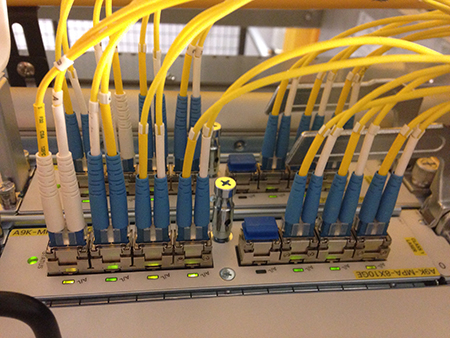 Southfield-based 123.Net has launched the Detroit Internet Exchange as a way to bring faster Internet speeds and lower costs. The exchange will help businesses, organizations, and individuals transfer large amounts of data.

DET-IX members can connect to the Exchange via a 1G or a 10G port, allowing members to pass traffic directly between each other. The exchange is launching with nine members including: 123.Net, A2 Hosting, Active Solutions Group, Clear Rate Communications, MojoHost, Evolved Servers, LightSpeed Communications, ManagedWay, and Nexcess.net.

U.S. cities with Internet Exchange Points include Dallas, Los Angeles, Indianapolis, and Pittsburgh, among others. There are 211 Internet exchange points in the world.

Third-party Analysis Projects $20.8B in Losses Due to Line 5 Shutdown

Richard Zuckerman Rejoins Honigman After Working for Department of Justice

Third-party Analysis Projects $20.8B in Losses Due to Line 5 Shutdown