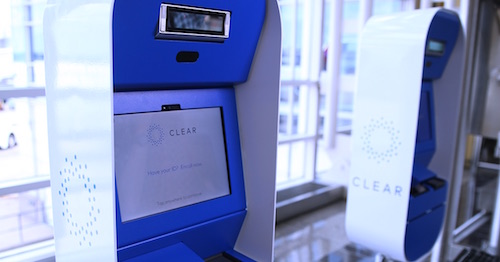 In an effort to move travelers more seamlessly through airport security, the Detroit Metropolitan Wayne County Airport in Romulus has launched Clear, a consumer biometric identity platform, in its McNarmara terminal.

The system’s kiosk scans a members’ fingerprints and iris to instantly confirm the identity of a user and move them through security to access metal detectors and bag scans.

New members who enroll in Clear at the airport will receive a one-month free trial and can use the platform immediately. An annual membership to the program starts at $179, and corporate plans are available.

Along with the Detroit Metropolitan Wayne County Airport, Clear operates in 16 major airports, including San Francisco, Austin, Orlando, and Las Vegas, among other locations. The platform will continue to expand this year with plans to launch at airports across the country in the coming weeks and months.

“Detroit’s strong traditions in innovation and industry make it a key city in our nationwide expansion, especially as the area undergoes an impressive economic revitalization,” says Caryn Seidman Becker, CEO of Clear. “We’re very excited to bring Clear here and are confident that Detroit area travelers will love how consistently easy it makes their travel.”

Founded in 2010, Clear has been used more than five million times by travelers. Its biometric service can also be found at sports arenas, including Yankee Stadium in New York City, Coors Field in Denver, and AT&T Park in San Francisco.