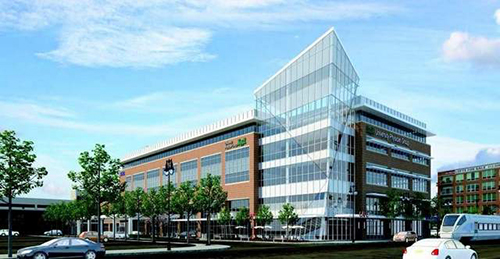 By July, the Wayne State University Physician Group will begin the development of a five-story, 150,000-square-foot medical office building along Woodward Avenue, one block north of Mack. The $60-million project will include a 600-plus parking deck.

Plans are to open the new building, which will replace a one-story commercial structure across Woodward from the Max M. Fisher Music Center, in the first quarter of 2016, says John J. Ferchill, a development consultant for the Physician Group. Ferchill, chairman and CEO of The Ferchill Group in Cleveland, developed the Westin Book Cadillac Hotel, Hilton Garden Inn, and several other projects in Detroit.

The new structure, to be built immediately south of a vacant office tower topped by a nonworking neon hammer and nail, will include a small amount of retail space. Ferchill says the tower, at 3800 Woodward, could be redeveloped into apartments or offices. It may also be demolished.

“It’s an exciting project that will really help the Wayne State University Physician Group consolidate some of their activities,” Ferchill says. “There are several investors in the project, and all of the land has been acquired. It will be an excellent addition to Woodward Avenue.”

Designed by Neumann/Smith Architecture, which has offices in Southfield and Detroit, the building is expected to include fifth-floor offices for the Detroit Medical Center. The design includes a mixture of glass, brick, and brushed metal panels.