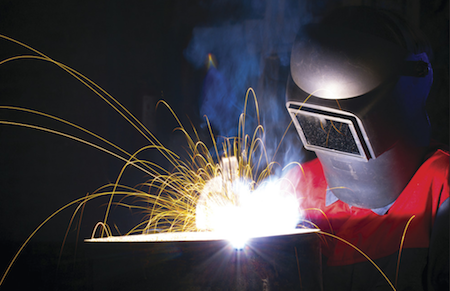 A new $148 million innovation acceleration center will open next week in Detroit to advance the city’s and nation’s leadership in manufacturing technology.

The American Lightweight Materials Manufacturing Innovation Institute will open the

Detroit Innovation Acceleration Center on Jan. 15 in the Corktown district, following a ribbon cutting ceremony open to the public.

“(The facility) recognizes the importance of Detroit as the center of global resources for the automotive industry,” says Bob Rossbach, spokesman for the center.

Rossbach says the 100,000-square-foot center will focus on accelerating the transfer of new manufacturing technologies, from the research lab to the production floor for products using lightweight metals — including aluminum, magnesium, titanium, and advanced high-strength steel alloys. In addition, the center will facilitate training of workers, who will be using new processes in factories and maintenance facilitates around the country.

“Reducing the weight of materials used in vehicles is imperative to save energy costs and extend military missions,” Rossbach says. The institute is developing the specific tools and skills to make research breakthroughs practical for production of parts primarily for vehicles, airplanes, and other forms of transportation.

Rossbach says the center has established its headquarters in Detroit because it is the epicenter of the largest concentration of automotive research and development centers in the world.  Additionally, the location also places the center along I-75, an industrial corridor that connects states in which nearly half of America’s manufacturing workforce is located. The center will directly serve a five-state region, although its work is national in scope.

The Jan. 15 event will coincide with industry day at the North American International Auto Show and will feature demonstrations and displays from industry and research partners, including a live demo of flash steel-making technology.