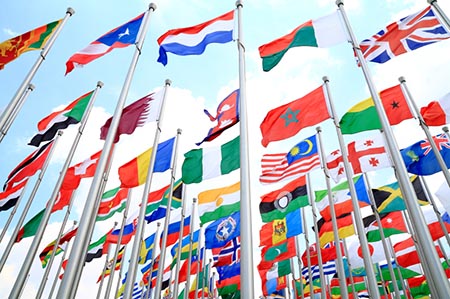 Several Michigan-based organizations along with other groups across the Midwest, today announced an innovative network that offers resources and assistance to immigrants living in the nation’s Rust Belt. The program, called the Welcoming Economies Global Network, is designed to increase economic development opportunities.

“In the 20th century, the Rust Belt housed industrial powerhouses like the U.S. steel, coal, and auto industries, but today it’s entrepreneurial partnerships between immigrants and local communities that are fueling the region’s economies,” says David Lubell, executive director of Welcoming America, a national group and network member that works to promote better ties between immigrants to the United States and U.S.-born Americans.

The network is made up of immigrant development organizations across 10 states, including Global Detroit, a nonprofit corporation that works to revitalize Michigan’s economy by making the state an attractive place to immigrants and foreign investment. For example, Global Detroit has partnered with other organizations to make an online database to catalog the region’s nonprofit integration service providers, and has set up a volunteer program to connect Michigan residents with international ties to immigrants and international students.

“Communities across the country and around the world are in a race to the top to attract the human capital that will allow them to thrive in a global economy,” says Steve Tobocman, executive director of Global Detroit. “Becoming a more welcoming place for immigrants gives us a leg up (on the) competition and helps us retain talented people of all backgrounds.”

In addition to Global Detroit, other groups involved in the project include the Michigan Office for New Americans, Global Lansing, One Macomb, among others. More information regarding bootcamps, courses, and materials for immigrants looking to learn coding can be found here.