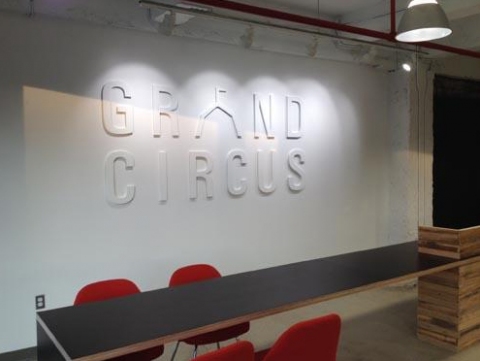 “At the end of the eight weeks, the goal is to have (students) ready for an internship or entry level positions,” says Bill Wagner, software consultant and instructor at .NET Boot Camp.

Throughout the semester, students will work on group projects, showcasing what they have learned. By the end of the course, each student will have their own piece of work to add to their portfolio and show off to potential employers.

“Software development is in high demand in Detroit and the .NET framework is critical for developers in the corporate setting,” says Jennifer Cornell, a spokeswoman for the boot camp.

Wagner is actively recruiting students for the class, which has space for a maximum of 20 students. The smaller class size leads to more one-on-one time between Wagner and the students, letting him deal with any roadblocks individually, he says.

The boot camp may also serve as a place where students can get their foot in the door, Wagner says. “In addition to the classroom time, Grand Circus is working to set up interviews and get people placed in jobs at the end of the boot camp.”

While this particular course is designed to be an introduction to coding, event organizers for previous workshops have found that the most successful applicants have a pre-existing interest in coding.

Tuition is $5,500, with some scholarship opportunities available.

For more information about the course, to be held Monday through Friday, from March 23 to May 15, click here.