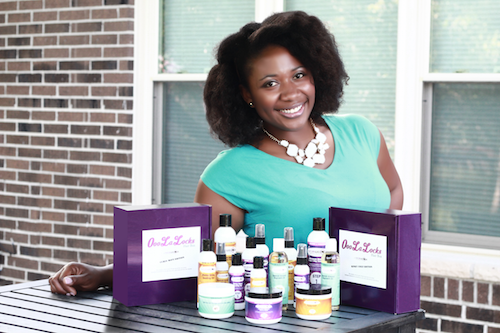 Naturalicious, a Canton Township-based natural hair and skin care company, has moved its operations to a new manufacturing space in Detroit’s Corktown neighborhood.

Gwen Jimmere, founder and CEO of the company, says the move to Ponyride, a 30,000-square-foot shared warehouse located at 1401 Vermont St., and the addition of new employees, will allow the company to grow its production from 50,000 units to 200,000 units annually.

“I believe that Detroit will soon be the No. 1 city for new startups,” Jimmere says. “There’s so much idea generation, collaboration, and resources here for entrepreneurs that aren’t readily accessible in other markets. I want to be a part of this great city, where entrepreneurs are working together and building iconic companies.”

The business, which previously operated out of Jimmere’s basement, recently added four more employees to its team. The new employees will be responsible for bottling, labeling, and preparing all products to be transported to Naturalicious’ warehouse space in Warren in preparation for final delivery.

Jimmere says the company plans to expand its manufacturing space in Ponyride and release a full skin care line in 2017.

Founded in 2013, Naturalicious products can be found in select Whole Foods in the United States, regional chains, independent boutiques, and online. Products are also available in South Africa, Indonesia, Trinidad, Canada, and China.