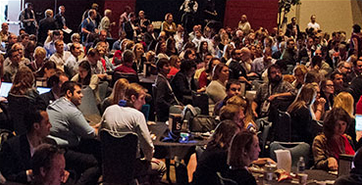 A national conference on new marketing technologies and best-practice techniques for the digital space will be held later this month at the Max M. Fisher Music Center in downtown Detroit.

“Michigan is positioned to be a global leader for its aggregation of digital-media thought leaders and as the preeminent Midwest digital media hub,” says Jenell Leonard, commissioner of the Michigan Film & Digital Media Office, a major sponsor of the event. The agency recently changed its name from the Michigan Film Office.