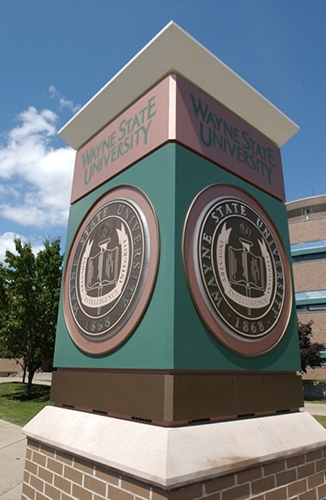 Michigan’s University Research Corridor — consisting of Michigan State University, the University of Michigan, and Wayne State University — contributed $16.6 billion to the state’s economy in 2012, up $1.1 billion from the year prior, according to a report released today by East Lansing-based Anderson Economic Group.

“The URC is contributing to Michigan’s economy through tax revenue, job creation, and producing the graduates and research that can fill the needs of Michigan businesses,” says Mary Sue Coleman, U-M president. “We take our responsibility to make Michigan a better and stronger state extremely seriously.”

The 2013 Economic Impact Report shows that the URC was responsible for more than 66,000 direct and indirect jobs statewide. The three universities granted 32,483 graduate and undergraduate degrees in 2012, more than any university innovation clusters in the country the URC has benchmarked itself against since 2007.

Of the eight innovation clusters reviewed in the report, Michigan’s URC ranked second overall in the report’s Innovation Power Ranking, which measures talent, research, technology transfer, and commercialization. The URC was No. 1 in talent, fourth in R&D spending, and seventh in commercialization among its peers.

“From day one, Michigan’s URC wanted to measure itself against the very best and this report helps us do just that,” says Jeff Mason, executive director of the corridor. “While the URC does well in many categories when comparing itself to other university innovation clusters, the Innovation Power Ranking gives an even better look at how competitive the three URC universities are.”

The other clusters and their respective Innovation Power Rankings include:

To read the full report, which also includes a breakdown of the URC’s economic impact in 10 regions statewide, click here.