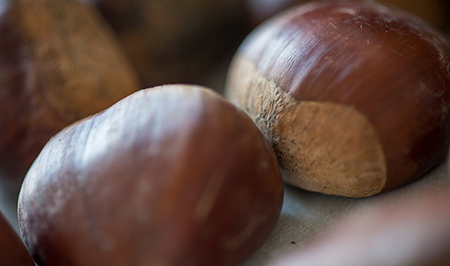 “This spring we’ve had six big new orders, and more than 60 breweries are in different phases of brewing test batches with our (chestnut) chips as of June,” says Brian Polowniak, CEO of Treeborn Products. “We can’t wait to see their results in the fall.”

Treeborn Products, which has an office in East Lansing, operates out of the Rogers Reserve in Jackson. The reserve has leased a portion of its space to MSU serving as a research facility for the university, and includes labs, offices, and a commercial chestnut peeling line.

Michigan is the nation’s leading chestnut producer says the 2012 U.S. Census of Agriculture.