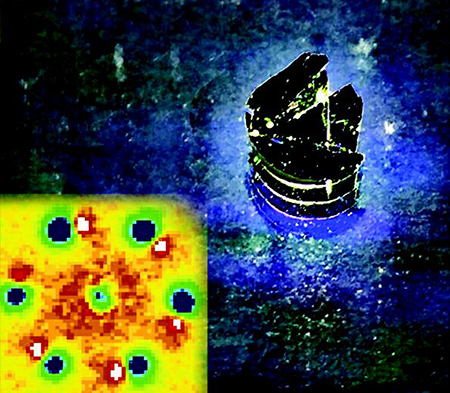 Michigan State University researchers have developed a method to change the electronic properties of materials in a way that more easily allows an electrical current to pass through, which could lead to improved semiconductors.

“The material we studied is an unconventional semiconductor made of alternating atomically thin layers of metals and insulators,” says Chong-Yu Ruan, an associate professor of physics and astronomy and the leader of the research team at Michigan State. “This combination allows many unusual properties, including highly resistive and also superconducting behaviors to emerge…”

A semiconductor is a substance that conducts electricity under some conditions, making it a good medium for the control of electrical current. Semiconductors are used in many electronic devices, including computers.

The Michigan State research team found that by shooting a super fast laser pulse into a material, its properties would change similarly to “doping,” a process in which substances are added to a pure semiconductor to change its electrical properties.

“The laser pulses act like dopants that temporarily weaken the glue that binds charges and ions together in the materials at a speed that is ultrafast and allow new electronic phases to spontaneously form to engineer new properties,” Ruan says.

Ruan and his team observed the changes in the material by using an electron-based imaging technique they developed.

The findings are detailed in a paper recently published in the journal, Science Advances.