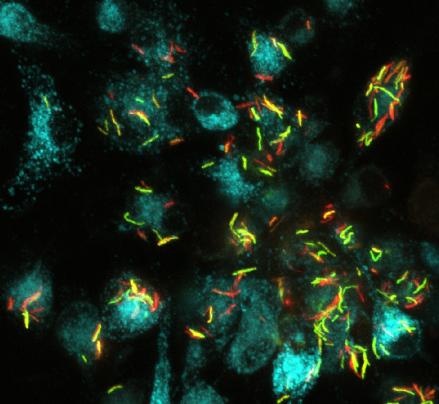 A common medication used to treat glaucoma, a group of diseases that damage the eye’s optic nerve, can also be used to treat tuberculosis, a bacterial disease that mainly affects the lungs, says a new study by researchers at Michigan State University.

Michigan State microbiologist Robert Abramovitch, along with a graduate student, discovered that ethoxzolamide, a sulfa-based compound found in many prescription glaucoma drugs, turns off the bacterium’s ability to invade the immune system.

“Basically ethoxzolamide stops (tuberculosis) from deploying its weapons … shutting down its ability to grow inside certain white blood cells in the immune system,” Abramovitch says.

Abramovitch says ethoxzolamide could help shorten the length of treatment and slow the emergence of drug resistance. He says current treatments for tuberculosis can last up to six months, making it difficult for a patient to complete the entire antibiotic course required to kill all of the bacteria, which in turn can create drug resistance.

Abramovitch and his research team screened about 270,000 different compounds in hopes of finding one that could possibly stop the disease. It’s estimated that 2 billion people carry the tuberculosis infection, but in most cases it lies dormant and the immune system is able to prevent it from spreading.

The research paper is in the current issue of Antimicrobial Agents and Chemotherapy.