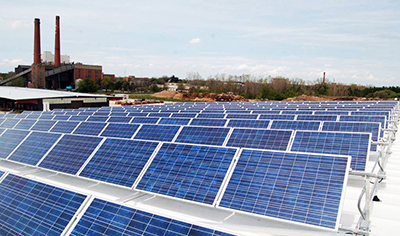 Michigan State University has partnered with a company that captures carbon dioxide from power plant emissions to investigate the performance of algae growth as a carbon dioxide absorption technology. The partnership is a response to the Obama administration’s recently announced Clean Power Plan.

California-based PHYCO2 will test its algae photo bioreactor, a technology that captures significant amounts of CO2 and grows algae (which consumers CO2 and releases oxygen) with LED light at MSU’s power plant. MSU and PHYCO2 expect to absorb up to 80 percent of captured CO2 emissions for the production of algae. The algae can then be sold into markets for biofuels, bioplastics, and other applications.

“We are confident that this partnership between MSU and PHYCO2 will meet and exceed the challenge issued by the White House,” says Bill Clary, CEO of PHYCO2. “The PHYCO2 photobioreactor represents the future of cleaner emissions and the first CO2 capture technology that truly is market sustainable.”

Clary says the PHYCO2 algae photobioreactor may also be able to treat wastewater and produce cleaner water as a by-product.

The Clean Power Plan establishes the first-ever national standards to limit carbon pollution from power plants. The plan has a goal of reducing carbon dioxide emissions by 32 percent from 2005 levels by 2030.