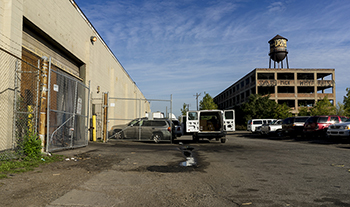 Michigan State University will open a center in January aimed at helping cities across the state improve their fiscal health through workshops, research, and consultancy services.

“Local governments often only hear about what they’re doing wrong instead of what they are doing right and on how they can do things even better,” says Eric Scorsone, professor of economics at Michigan State and the director of the center. “Our goal is to provide local governments with the tools and information they need to operate in a fiscally healthy and sustainable way while working with state government to make sure the state doesn’t put up roadblocks to local success.”

Scorsone says Michigan municipalities face many challenges, including a combined $10 billion in unfunded legacy costs related to pension and retiree health care. He says the center will offer fiscal sustainability workshops, customized consultancy services, applied research on municipal governments and fiscal issues, and an annual fiscal health report on each of Michigan’s cities, counties, and townships.

He says consulting fees will be based on the scope of the work and will be flexible. There will be a fee for the workshops.

In the past few years, Scorsone has advised governments in Detroit, Flint, and Lansing on short- and long-term fiscal issues. He’s also worked with state officials and local municipalities to move beyond emergency management.

The center will host two kickoff events, one on Jan. 12 at the Kellogg Center at Michigan State University, and the other on Jan. 14 at Miller Canfield, a large law firm in Detroit.