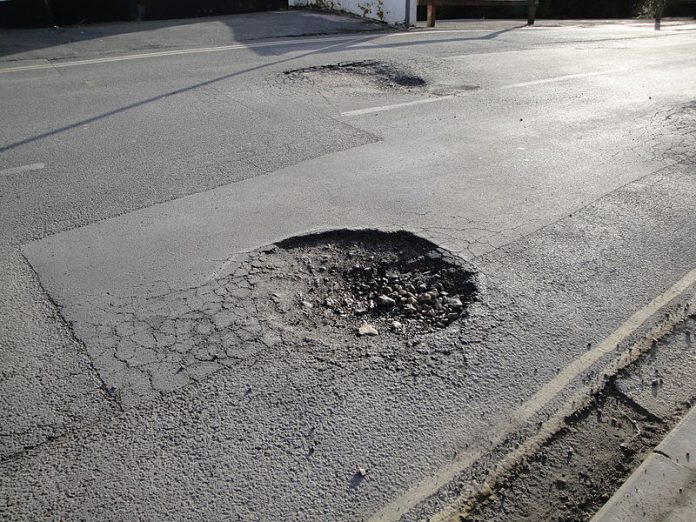 The majority of Michigan voters consider the condition of Michigan roads and bridges as one of the most important issues facing the state, second only to jobs and the economy, according to poll released today by the Michigan Chamber of Commerce in Lansing.

“Eighty-two percent of Michigan voters think the current condition of roads and bridges is bad,” says Tom Shields, president of Marketing Resource Group, which conducted the poll. “A vast majority of voters believe Michigan is not spending enough to maintain our roads, and there is solid support for spending an additional $1.8 billion per year on road funding.”

Of the 600 likely voters surveyed in the poll, 95 percent are concerned the condition of the roads will damage their car. Half say they or someone they know has damaged their car because of the road conditions.

The statewide poll also found that 75 percent of voters think the current level of spending on roads is too low. So much so that 68 percent would be willing to pay at least an additional $10 per month more in taxes to maintain and improve the state’s infrastructure.

The state’s roads are a bipartisan issue, with 59 percent of Republicans, 71 percent of Democrats, and 72 percent of ticket-splitters in support of additional funding, says Rich Studley, president and CEO of the Michigan Chamber.

“There are no Democrat potholes or Republican potholes, there are just a lot of big potholes that are becoming giant potholes,” Studley says. “Now is the time for lawmakers on both sides of the aisle to work together to pass a broad and comprehensive plan to fix the roads — and there is strong support among voters to do just that.”

To read a full executive summary of the survey, click here.