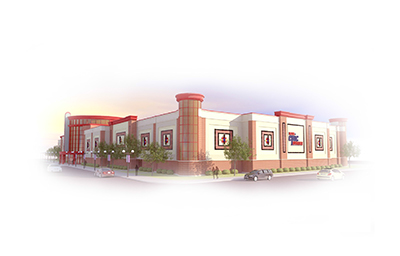 Bloomfield Hills-based MJR Digital Cinemas announced today it will open a 10-screen, 1,100-seat theater in Taylor in December at the site to the former Star Taylor on Eureka Road and Racho Boulevard, across from the Southland Mall.

To be called the MJR Grand Taylor, the new theatre will join nine other MJR locations in the southeastern Michigan area. The company in mid-June opened a new 16-theater, 74,000-square-foot complex in Troy, at Maple and Livernois.

“This whole area is a very vibrant area, and we are very familiar with the downriver area,” says Dennis Redmer, vice president of operations at MJR. “We feel a theater would do very well in an area like this.”

Redmer says the renovations, to begin later this month, will be extensive, and include replacing seating with the new recliners, renovating the lobby entirely, and adding the bar MJR Studio Bar, which will serve cocktails, beer, and wine.

MJR is also in the process of a $2.2 million renovation of the Southgate Cinema 20 that includes parking lot improvements, new flooring, and a bar. The addition of an “Epic Experience” auditorium has already been completed. The lobby bar is set to be completed in four weeks, with the remainder of the renovations to be completed by late August.