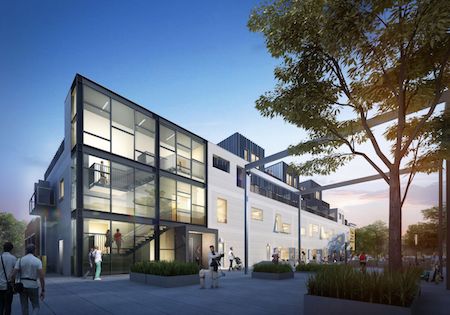 Midtown Detroit Inc. and its partners today announced a $20 million investment for the Selden Corridor Initiative, a mixed-use redevelopment that will create new housing, job opportunities, training, and businesses. The project is located a few blocks north of Little Caesars Arena, the new home of the Detroit Red Wings and the Detroit Pistons, which is scheduled to open on Sept. 12.

“The Selden Corridor Initiative builds off other investments in the area including the Selden Green Alley, Selden Standard, Redmond Park, the Selden condominium development, the renovation of the Finn apartments, and the M1 Rail, among others,” says Sue Mosey, executive director of Midtown Detroit Inc.

“The Selden Corridor Initiative will begin to create a linkage to other developments underway including Founders Brewery, Jim Brady’s Detroit, and the Detroit Shipping Company on Charlotte and Peterboro, building new connections with the new arena, Wayne State University College of Business, and the upcoming Wigle development.”

Funded by the New Economy Initiative, the Selden Courtyard will provide a new public space for innovation and collaboration among local entrepreneurs. The courtyard will also include an outdoor screen and stage, Wi-Fi from Detroit-based Rocket Fiber, and flexible modular seating to accommodate various group sizes.

“Once complete, the Selden Courtyard will be a place where all kinds of entrepreneurs including creatives, women, and minorities, and even brewers, can find affordable, accessible space to launch and grow businesses,” says Pam Lewis, director of New Economy Initiative. “We believe that this new addition will further ensure that there’s a place for everyone in Detroit’s entrepreneurial ecosystem.”

The 644 Selden Building will also include mixed-income housing where newly constructed rental units will be a mixture with 30 percent set aside for households at 60 percent average median income. The building’s ground floor will also include a new restaurant, North Cookshop, which will be developed by 3mission Design and Development, owners of Midtown’s Jolly Pumpkin Brewery.

To increase the amount of street parking available to support the development in the area, angled parking will be created in partnership with the City of Detroit on Selden Street between Cass Avenue and Third Street.

The project is expected to be completed by fall 2018.