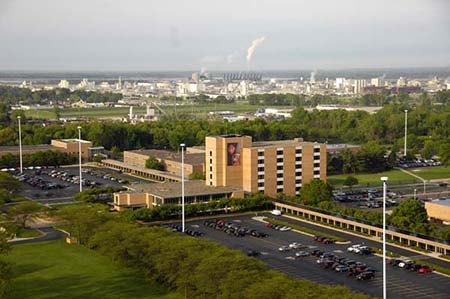 Midland-based Dow Chemical Co. and Missouri-based Olin Corp. have announced that Dow will sell a large portion of its chlorine value chain and merge the new entity with Olin, a move that will create annual revenue approaching $7 billion.

Olin is a manufacturer of chlorine, bleach products, and sporting ammunition, the latter coming from its Winchester operations. Olin employs about 6,000 employees across nine countries. Dow Chemical is a manufacturer of specialty chemicals, advanced materials, and plastics.

The terms of the agreement call for Dow to “separate its U.S. Gulf Coast Chlor-Alkali and Vinyl, Global Chlorinated Organics, and Global Epoxy businesses, and then merge the entities with Olin. Dow shareholders will receive about 50.5 percent of the shares of Olin, and Olin shareholders will own approximately 49.5 percent. The transaction is valued at $5 billion.

Dow and Olin will have an operational and commercial relationship, which includes several long-term supply, service, and purchase agreements. Olin will keep its chairman and CEO, but the senior management team will be comprised of both Dow and Olin employees.