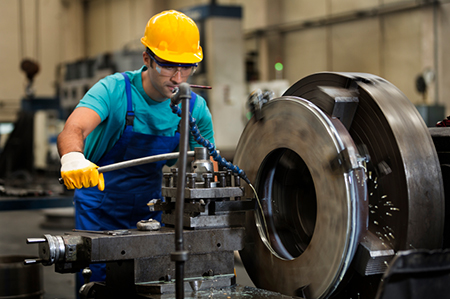 Michigan will add more than 132,000 jobs over the next two years, lowering the state’s current unemployment rate of 7.2 percent to 6.7 percent at the end of next year, and 6.3 percent by December 2016, say economists at the University of Michigan in their most recent annual forecast of the Michigan economy.

While the forecast is cause for optimism, Michigan continues to be among the states with the highest jobless rates, ranks in the bottom third in per capita personal income, and lags in population growth among the young and college-educated adults, says George Fulton, who developed the report with colleagues Joan Crary and Donald Grimes.

“In all, the Michigan economy has certainly come a long way in the past five years, and that progress should be celebrated,” Fulton says. “As CEO (Jeff Fettig) of appliance-maker Whirlpool said of the Michigan economy, ‘In the past four years, we’ve stabilized the patient because we had kind of hit rock bottom. So now we have momentum.’

“The issues now are to sustain that momentum and also to have it be more inclusive of a far greater number of Michigan’s residents.”

In terms of job growth, about 25 percent of new jobs will originate in the professional and business sector, followed by 22 percent in the trade, transportation, and utilities sector, and 14 percent in the construction industry.

About 9 percent of the job gains will occur in the manufacturing industry, which is expected to grow by 12,000 jobs, down from an annual average of about 22,000 job gains from 2010 through 2014.

“As is typical in Michigan, manufacturing was one of the two sectors that led the state recovery during its earlier stages,” Grimes says. “The deceleration reflects the more mature stages of the recovery overall and our forecast of a smaller increase moving forward in the Big Three (automakers’) light vehicle sales.”

All told, Michigan will have added nearly 463,000 jobs during the economic recovery from summer 2009 through the end of 2016 — returning the employment count to levels posted at the end of 2006 and a little more than halfway back to job levels posted in mid-2000.

This, combined with a booming auto industry and Detroit’s impending exit from bankruptcy, creates “several positive story lines” for the state, Fulton says. “What all of this suggests is that the Michigan economy has gone some distance from the dire straits it was in five years ago, at least overall, but there is still a fair way to go.”