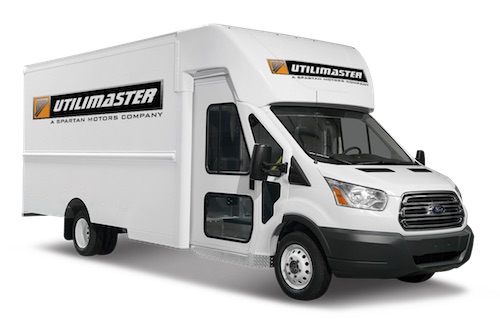 Charlotte-based Spartan Motors, Inc., a company that specializes in vehicle design, manufacturing, and assembly, today announced that its Spartan Fleet Vehicles and Services business unit has received a $3.6 million contract from the United States Postal Service to build fully functional prototypes for its Next Generation Delivery Vehicle Program.

The Next Generation Delivery Program is part of the Postal Service’s test and evaluation process to replace its delivery fleet. The prototypes will be delivered in September 2017 and will be tested for a six-month period.

“We expect our (Next Generation Delivery Vehicle) prototypes will incorporate new technologies to better accommodate a diverse mail and package mix, enhance safety, improve service, and reduce emissions,” says Daryl Adams, president and CEO of Spartan Motors, which is located between Marshall and Lansing.

“With our proprietary R&D process and manufacturing know-how, our vehicles and upfits will be customized to align with the USPS’ universal service mandate to deliver the mail almost every day to every address.”

Utilimaster, which has previously supplied the Postal Service with mail route delivery trucks, was one of six vehicle manufacturers selected to receive the prototype contract as part of a USPS Request for Proposal process.

Production requirements and future vehicle replacement awards will be determined by the Postal Service following a series of tests.

Spartan Motors was founded in 1975 and employs 1,800 workers at facilities in Michigan, Pennsylvania, South Dakota, and Indiana. The company, which reported sales of $550 million last year, has produced parts for fleet and delivery, recreational vehicles, emergency response, defense forces, and contract assembly markets.