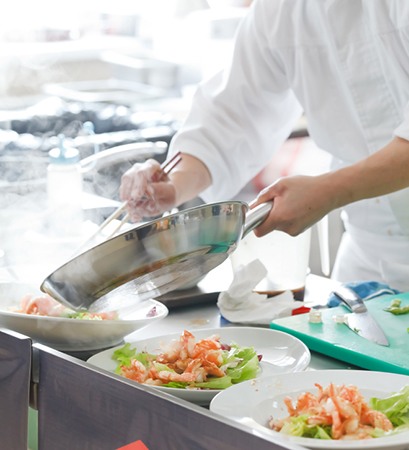 Michigan’s restaurants are expected to see a 3.2 percent increase to $13.8 billion in sales this year, according to an annual industry forecast released today by the National Restaurant Association.

“The restaurant industry definitely plays a big role in the state’s economy — we employ a significant number of people and we generation a lot of sales for the state,” says Adriane DeCeuninck, a spokeswoman for the Michigan Restaurant Association. “As more people have more expendable income because the economy continues to get better, the more likely they are to go out to eat. Restaurateurs recognize that and realize it’s a good time to start opening new places; it’s kind of a circle.”

Nationally, industry sales are expected to reach $709.2 billion in 2015, a 3.8 percent increase when compared to the year before. This marks the sixth consecutive year of sales growth in the industry.

In 2014, restaurants on a national level added jobs at a rate of 3.1 percent, outpacing total U.S. employment, which grew at a 1.9 percent rate.

The report states that restaurants will add jobs at a 3.2 percent rate in 2015, employing 14 million individuals and representing 10 percent of America’s workforce. Michigan restaurants expect to employ 415,500 this year.

By 2025, the restaurant industry is projected to employ 15.7 million individuals nation-wide, with 455,000 of those in Michigan.

Although restaurants continue to face challenges such as food costs and economic factors, the industry remains a fundamental driver of the nation’s economy, says Dawn Sweeney, president and CEO of the National Restaurant Association. She says increased technology options, locally sourced items, and more healthful menu options are noted as reasons consumers are more likely to visit a restaurant.

“Our nation’s restaurants continue to be an essential part of Americans’ daily lives and play a vital role in every community across the country,” Sweeney says.