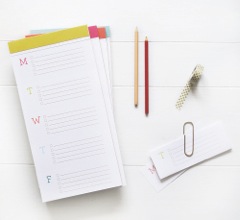 West Elm, a subsidiary of Williams-Sonoma that sells furniture and other household items, announced it will break into the Michigan market in early October with a 15,000-square-foot store in Birmingham.

The building at 215 W. Maple Road — previously used by Lexi Drew, which moved to a different location in 2011, and Harmony House, which closed in 2002 — will highlight several Michigan-made products in additional to its national catalog offerings.

“Michigan has long been revered as a manufacturing hub in the United States,” says Jim Brett, West Elm’s president. “We are excited to celebrate this community of makers in our new store.”

The Birmingham West Elm store will reflect the culture and heritage of the region through temporary and permanent art installations, Brett says. For instance, a feature wall will pay tribute to Detroit’s manufacturing heritage through a mosaic of industrial molds previously used in metal fabrications.

Based in Brooklyn, N.Y. West Elm introduced its first catalog in 2002, followed by its first store in 2003. The brand’s now has 64 retail stores throughout the United States, Canada, Australia, and the U.K.