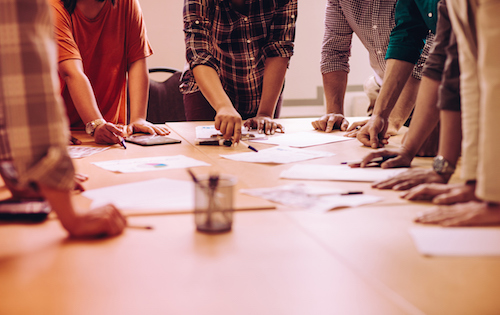 The Mackinac Center for Public Policy in Midland reports Michigan’s economy had the fastest growth in the Midwest and was ranked 10th nationally in the second quarter of 2016. During that time, the state’s real gross domestic product increased by 2.3 percent, which ranks 8th nationally.

While the automotive industry has historically determined Michigan’s economic outlook, Gary Wolfram, a professor of economics at Hillsdale College and a member of the board of scholars for the Mackinac Center for Public Policy, a nonprofit free market think tank, attributed the state’s growth to further diversification of the state economy.

“Michigan’s economy has become more diversified as the national economy has slowly recovered,” he says. He also credits some progress with the state’s move toward more “business friendly” tax policies and regulatory environments.

“Michigan is benefiting from its movement toward a more certain tax and regulatory environment,” he says. “Markets dislike uncertainty with regard to government intervention in the economy, and the rewards of getting rid of the Michigan Business Tax and the consistent election of legislators that understand the importance of letting people act according to their own plan are being felt, and will continue to be felt.”

Nationwide, GDP has increased in 41 states and the District of Columbia during the second quarter, with Nevada leading at 4.3 percent growth. The transportation and warehousing sector was the largest contributor to growth across the country. The real estate sector, health care, and “professional, scientific and technical services,” also did well.