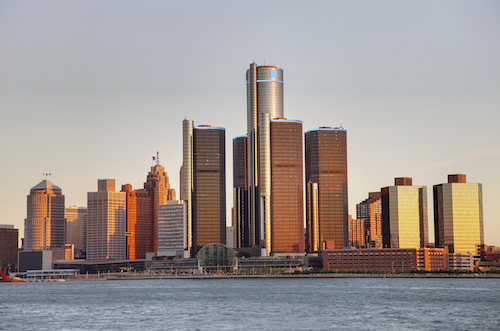 Companies and organizations with proposed projects that will create $85 million in new private investment and up to 878 jobs in the state have been approved to receive grants from the Michigan Strategic Fund.

“The commitment by these companies to grow and create jobs in Michigan will strengthen our communities and fuel more and better jobs for our talented workforce,” says Gov. Rick Snyder. “Today’s investments in Michigan and its people show that our efforts are making our state a desirable location for businesses to locate, grow, and thrive.”

For example, FEV Group received a $1.2 million Michigan Business Development Program grant for its plans to construct a new facility that will house a tech center, engineering services, and headquarters in Auburn Hills. More than $27 million will be invested to construct the facility, which will create 250 jobs.

The city of Hazel Park Brownfield Redevelopment Authority received approval of $5.8 million in local and school tax capture for the redevelopment of 36 acres of land at the Hazel Park Raceway complex. The project is expected to generate $36 million in total capital investment and create 175 full-time equivalent jobs.

River’s Edge Partners garnered a $750,000 Michigan Community Revitalization Program performance-based grant and $742,930 in local and school tax capture for its plans to convert a former steel fabrication plant in downtown Kalamazoo into an office and collaborative incubator space. The project will generate a total capital investment of $10.4 million and create 118 full-time equivalent jobs.

Among the businesses and projects that will receive funds, the city of Detroit has also been selected for the state’s seventh and final Next Michigan Development Corp. The designation requires that the city attract eligible businesses to districts in Detroit that have the greatest potential for growth in the manufacturing, transportation, distribution, and logistics industries.