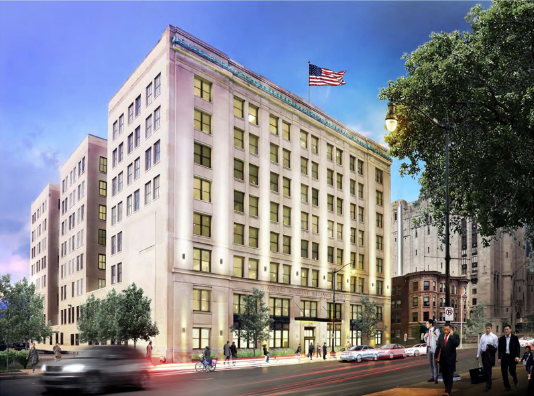 The Michigan Strategic Fund (MSF) today approved projects expected to generate more than $96.5 million in total investment and create or retain 267 jobs in Michigan, according to the Michigan Economic Development Corp. (MEDC).

“Today’s projects, including the redevelopment of the vacant YWCA in downtown Flint, as well as developments in Detroit and Kalamazoo, will serve as catalysts for further economic growth and ultimately bring more jobs to Michigan residents,” says Jeff Mason, CEO of MEDC.

“These investments are the result of vital long-term relationships with public and private partners, and we’re pleased to be a part of the collaboration to bring today’s projects to fruition.”

As part of the approvals, Temple Group Holdings plans to historically rehabilitate the eight-story former Standard Accident Insurance Co. located in Detroit’s Midtown neighborhood into a mixed-use development that includes a hotel, banquet center, a restaurant, and bar space with apartments on the top three levels. The adjacent lot will be turned into green space. The project is expected to generate a total capital investment of $67.6 million and create 80 permanent full-time equivalent jobs.

It was awarded a $5,697,000 Michigan Community Revitalization Program performance-based loan participation. Detroit has approved an Obsolete Property Rehabilitation District valued at $13,221,355 in support of the project. MSF also approved $4,957,402 in local and state tax capture for the City of Detroit Brownfield Redevelopment Authority to remediate brownfield conditions at the site.

A plan to redevelop the former YWCA site on Third Street in downtown Flint into a walkable, urban mixed-use development is underway by 310 East Third Street LDHA LP. The development will include 92 residential apartments and retail space. It is expected to generate a total capital investment of $19.5 million and create 20 permanent, full-time equivalent jobs. The Michigan Strategic Fund has awarded the project a $7-million performance-based loan. The city of Flint is contributing a $250,000 loan and a Payment in Lieu of Taxes valued at six percent. The project is expected to receive a Low Income Housing Tax Credit equity investment of about $9.5 million.

The City of Kalamazoo Brownfield Redevelopment Authority plans to rehabilitate a vacant, historic former paper manufacturing building into office space in downtown Kalamazoo and received MSF approval of local and school tax capture valued at $1,549,178. The project will include the demolition of a nonhistoric section of the building to restore it to its historic state. The project is expected to generate a total capital investment of $9.2 million, create seven jobs, and retain 160 jobs. The money will be used to remediate brownfield conditions at the site.

MSF also approved an extension of the grant terms for the Michigan Venture Capital Association Venture Upstart III to Sept. 30, 2019 and an allocation of additional funding of $300,000; an amendment to the Michigan Small Business Development Center grant to allocate an additional $5.67 million to support the continuation of its four key initiatives; the award of additional funds and extension of the grant for the BBC Entrepreneurial Training Corp. program; allocation of fiscal year 2019 funds for the statewide Michigan Translational Research and Commercialization(MTRAC); an extension and additional funding for the University of Michigan MTRAC Life Science Innovation Hub; and inducement resolutions for the issuance of private activity bonds for Gerdau Macsteel Inc. to make solid waste disposal and air emissions technology improvements at its Monroe facility, as well as for issuance of private activity bonds for Oakland Corridor Partners LLC to make improvements to a 5.5-mile segment of the I-75 corridor.

More information on the projects are available here.

Today’s meeting was the final in fiscal year 2018. From Oct. 1-Aug. 31, MSF and MEDC have supported $7.2 billion in private investment and the creation of 38,989 private-sector jobs.

The Michigan Economic Development Corp. is the state’s marketing arm and lead advocate for business development, job awareness, and community development with a focus on growing Michigan’s economy.