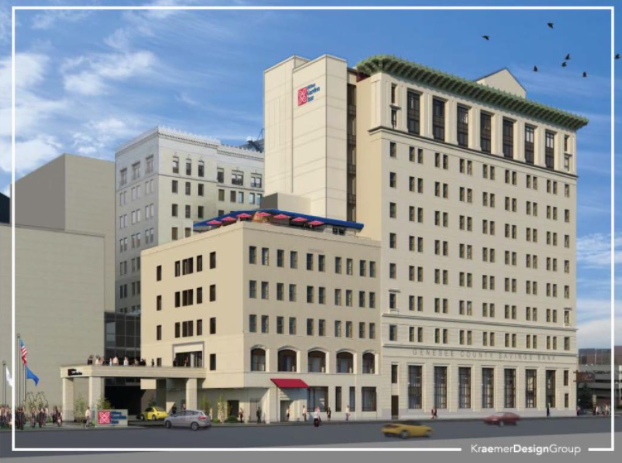 The projects include KPIT Infosystems Inc., a global product engineering and solutions organization focused on the automotive industry, which plans to grow its Michigan presence by expanding at its current facility in Novi and later leasing a larger facility nearby.

The project is expected to generate a total capital investment of $2.8 million and create 171 jobs. The company was awarded a $1.1 million Michigan Business Development Program performance-based grant. Michigan was chosen over a competing site in Indiana.

“We are thrilled to have KPIT Infosystems expand in in our community,” says Oakland County Executive L. Brooks Patterson. “I am confident they will be a welcomed addition to our 2,000 IT/Tech company cluster that already exists in Oakland County.”

In other news, California’s Subaru Research and Development Inc. (SRD), a branch of Japan’s Subaru Corp., plans on investing in the development of a technical innovation center in Van Buren Township. It is expected to create 101 jobs over the next few years. The company was awarded a $1.5 million Michigan Business Development Program performance-based grant.

“We are thankful to the state of Michigan, the Michigan Economic Development Corp., Van Buren Township, and Wayne County for helping Subaru realize our vision in Michigan and beyond,” says Kiminaga Shirakawa, vice president of SRD who is overseeing the project.

Michigan was chosen over competing sites in Indiana and Ohio. Van Buren Township anticipates approval of real property tax abatement in support of the project.

“This is another major investment in Wayne County and speaks to the synergy between regional assets such as Metro airport, Aerotropolis, and the American Center for Mobility,” says Wayne County Executive Warren C. Evans. “This development fits in well with the continued economic growth and expansion we are experiencing and is further evidence of the viability and attractiveness of Aerotropolis as a regional business corridor.”

In turn, Uptown Reinvestment Corp. in Flint plans to historically renovate the former Genesee Bank building on S. Saginaw Street into the new Hilton Buckham Square hotel in downtown Flint. The hotel will feature 101 guestrooms, a restaurant, and a banquet center. A rooftop deck will overlook a greenspace.

The project is expected to generate a total capital investment of $37.9 million. The Michigan Strategic Fund approved a $7.9 million Michigan Community Revitalization Program performance-based equity investment in support of the project. The City of Flint Brownfield Redevelopment Authority received approval of almost $2.3 million in local and school tax capture for the alleviation of brownfield conditions at the site.

The City of Grand Rapids Brownfield Redevelopment Authority received Michigan Strategic Fund approval of almost $1.5 million in local and school tax capture for the 449 Bridge St. development on four parcels in downtown Grand Rapids. The project includes demolition of the existing, vacant structure and the construction of a five-story, mixed-use building that will include restaurant and bar/lounge space on the first floor and 44 residential units on the remaining four floors.

Through a partnership with Michigan Community Capital, 55 percent of the residential units will be attainable housing. The project is expected to generate a total capital investment of nearly $10.4 million and create 40 full-time equivalent jobs. The tax capture will be used to alleviate brownfield conditions at the site, include asbestos abatement, demolition activities, site preparation, and infrastructure improvements. The project has also received a $330,000 grant from the Michigan Department of Environmental Quality.

The fund also approved $800,000 in grants for local façade improvement projects under the pilot round of the Façade Restoration Initiative. The Marquette Downtown Development Authority and Ypsilanti DDA were each awarded $300,000, and the Wayland Main Street/DDA was awarded $200,000. The $1.5 million initiative was approved in April and provides matching funds of up to 50 percent of façade restoration costs.

An agreement was also reached with Brand USA International to establish a co-branding campaign with Pure Michigan.

“These investments are the result of vital long-term relationships with public and private partners, and we’re pleased to be a part of the collaboration to bring today’s projects to fruition,” says Jeff Mason, CEO of MEDC.

MEDC is the state’s marketing arm and lead advocate for business development, job awareness, and community development with a focus on growing Michigan’s economy.