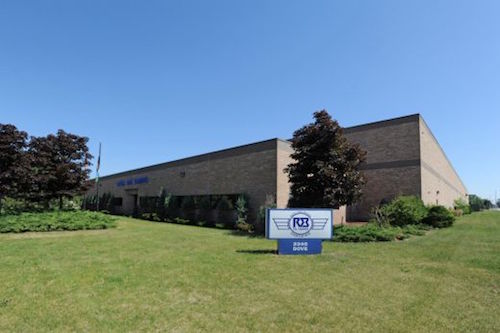 The Michigan Strategic Fund has approved two business expansions and one community improvement project that are expected to generate nearly $20 million in total private investment and create or retain 170 jobs.

Yen Group plans to reopen the Royal Oak Boring facility in Port Huron. The facility will be used to fulfill purchase orders of engine components for customers, such as engine blocks and heads. The company is investing more than $10.2 million and creating 80 jobs.

As a result of the expansion, the project has been awarded a $400,000 performance-based grant by the Michigan Business Development Program.

The Michigan Strategic Fund also approved $2 million in collateral support to Fifth Third Bank for U.P. Paper, which will reopen a vacant paper mill production facility in Manistique. The business venture is generating total private investments of $9.3 million and is expected to create 18 jobs and retain 72 positions.

The new company plans to remodel the property and begin full-scale production by next summer. Environmentally friendly, U.P. Paper is expected to specialize in the production of lightweight, 100 percent recycled craft paper to be used for paper bags and packaging.

The city of Greenville, a Grand Rapids suburb, has been awarded $834,631 for its Façade Project, which will renovate six historical building in the city’s downtown area in an attempt to bring economic growth to the area. The restoration project is expected to bring in nearly $309,000, with the city of Greenville contributing $35,000.

“Today’s projects demonstrate that we’re committed to sparking business growth, revitalizing communities, and creating more and better jobs for Michiganders around the state,” says Steve Arwood, CEO of Michigan Economic Development Corp., which made the announcement.